After a few days of heavy rain the weather forecast wasn't looking good for the planned start date of this project. But thankfully the rain eased off and after a couple of less than successful test shoots, filming starting as planned, on the morning after the spring equinox at 7am, 24 minutes before sunrise. The location chosen was on the northern shore of the island of Punta de Tarifa, the southern most point of mainland Europe. Sadly people aren't allowed on the island so this was at far south as I could get. The shoot went well and although it lightly rained a few times it wasn't enough to stop filming. 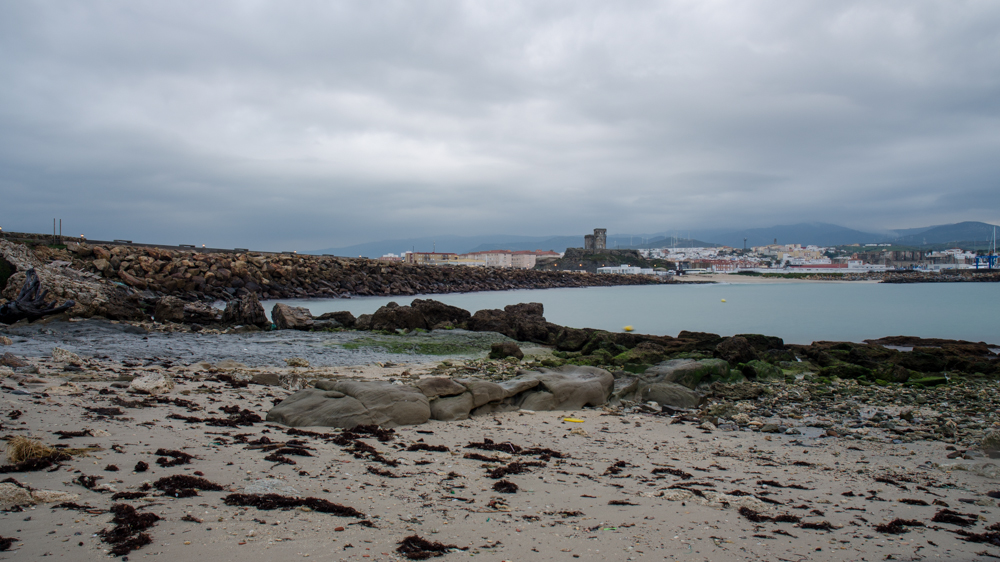 Later that day I found a far more interesting location to film a little further along the beach at the start of Parque Natural Del Elstrecho, and after another 5 days of 5:30 am starts, and 3 more attempts I finally captured a shot I was happy enough with that I felt I could move on. Already a lot later than planned and even though I'm only one week in, I'm somehow already a week behind schedule. 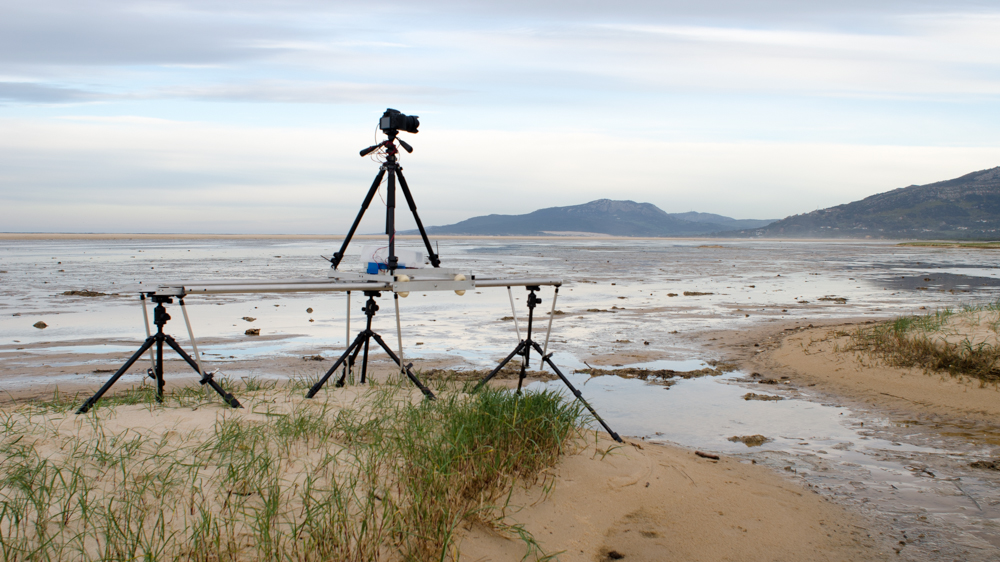 I was originally planning on capturing this shot in Parque Natural Doñana and spent four days exploring the endless sand dunes and pine forests in hope that I would discover a unique location to film. In the end I settled on a shot which looked much like the rest of the park in an area called Parque Dunar, which strangely also had a lot of dunes. Filming the next morning didn't go well, the weather wasn't ideal with a blanket of undefined cloud and poor light, I also had a few technical problems with the camera track and exact location I chose to film. Later after five days in Doñana I decided it was time to continue on north, and after an hours drive I arrived at a part of the river Rio Tinto near Villarrasa. The red waters and rocks in this river looked interesting and made it feel a little like I could be filming on other planet. There was also no sand dunes for miles around. 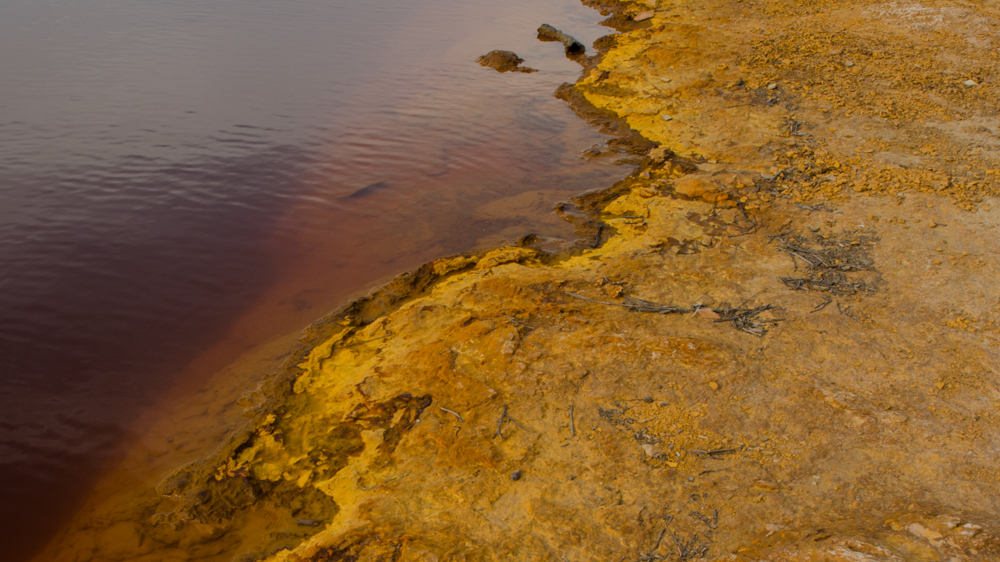 I spent a couple of days exploring this part of Portugal. There are lots of green rolling hills and some beautiful rivers and lakes. Sunday night I photographed a lightening storm happening over one of the lakes near where I was camped. Monday morning the weather was no good for filming so I continued to explore the area and decided on a filming location at another one of the lakes which now covers the old town of Luz. That night I had a last minute change of mind and decided to head back to where I was Saturday evening, just outside Santo Amador next to the Rio Ardila. This was about an hours drive from where I was camped so meant a 6am start to get to there in time to set-up for the mornings filming. As soon as I started to set-up a dense fog rolled in completely filling the entire shot. I continued to set-up in hope this would clear, which it did and only delayed the start of filming by about 10 minutes. There was then sadly very little clouds and I would have liked to have had time to come back and attempt the shoot again the next day, but I'm already 3 shots behind and getting worried about making it to Scotland in time for the solstice. 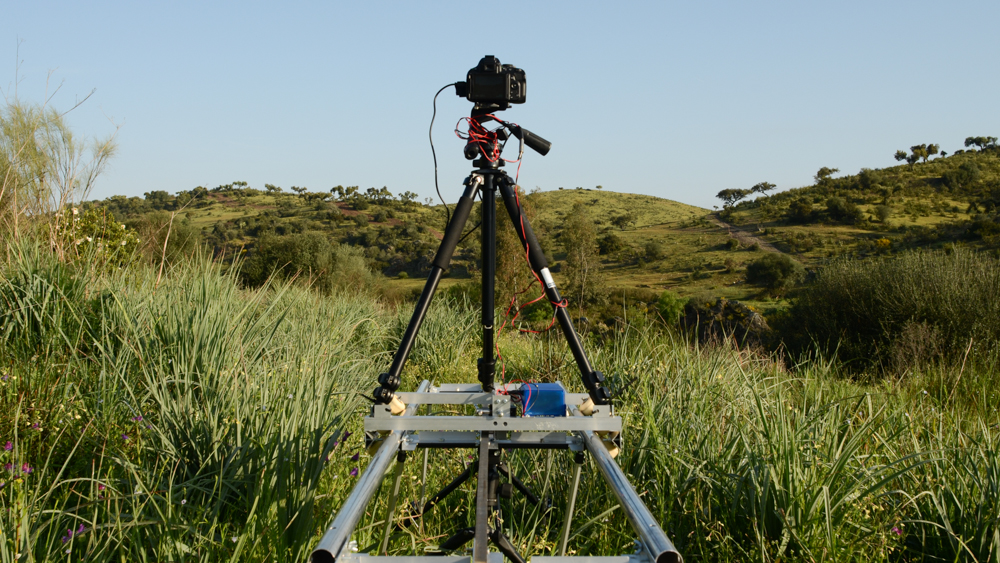 I was in a rush to get this shot filmed Wednesday morning as the weather forecast was predicting rain from Thursday onwards. So I only had an evening to explore this park and find a filming spot. With storks nesting on some of the hundreds of rounded boulders that covered the landscape it felt almost like a prehistoric film set. The shoot went really well Wednesday morning and it finally feels like I'm starting to make some progress.

I spent a couple of days sorting some new tires for the van so I didn't make it to Serra da Estrela and up into the mountains until Saturday. It's a great mountain range to explore in a campervan as you can drive right up to the top at nearly 2000m. I spent a few days here and had a couple of filming attempts. The weather wasn't really ideal on either shoot, but after four days in the mountains and the purchase of some the area's apparently famous sheep's cheese it was time to move on, which was a shame as it was great being back up in the mountains again.